It centers on one couple: Rabih  and Kirsten. It is very modern in that the nuclear couple reign supreme; the friends and family only get a passing glance. But it is a very poignant look at the couple in modern life. It feels like  an everyman couple; a couple we can all relate to. And its premise, that the proof of love begins when the romance fades is so apt. Rabih and Kirsten are like  minor characters in an Austen novel, they are Mr and Ms Bennett, Mr and Mrs Palmer or Mr and Mrs Musgrove in the Austen Six. Only in a post modern novel can they take their place centre-stage. But that is the beauty
of the modern; the ordinary can be written about. And the beauty of Austen; ordinary lives matter. 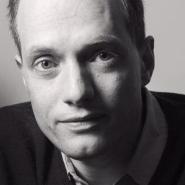 Elinor, yes Responsible-Elder-sister Elinor from Sense and Sensibility is not a typical heroine and therefore can not be the centre of a novel. Her wonderful but dramatic sister gets that honour. But she is worthy of a novel and Kirsten could be seen as a similar character; controlled and measured. Maybe to some extent exasperatingly so. And Rabih learns at the end of The Course of Love that: “Very little can be made perfect, he knows that now. He has a sense of the bravery it takes to live even an utterly mediocre life like his own.”  These words could come straight from Austen.

So does The Course of Love, Botton’s latest best seller, illuminate love? Yes but in an understated way. He is the Austen not the Bronte. But I would not have thought it so great  when young. There are no grand romantic moments; but a discourse on the very nature of relationships that makes it a little dull but illuminating nonetheless.  Austen kept these characters as her minor ones and they carried much of sense. But Austen also knew how to entertain, so Rabih  and Kirsten are no Elizabeth Bennett and Mr Darcy!

Filed under Romance and Marriage, Uncategorized