Are We Resposible for our Children’s Happiness? 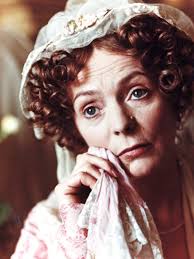 What a great question and thanks to Sarah Macdonald for her opinion piece on this issue. (See below for a link to the original article.)

But the question I want to ask is, are we confusing happiness with ambition? And has Austen got something to say here? (Sorry dear reader but you knew I would find something!)

Nightmare-Wife-Mrs Bennet, from Pride and Prejudice is unashamedly ambitious for her girls. If she can only have her girls married, “she will have nothing to wish for”. Here our sympathy is understandable. Women had few choices and as daughters were

END_OF_DOCUMENT_TOKEN_TO_BE_REPLACED END_OF_DOCUMENT_TOKEN_TO_BE_REPLACED

In celebration of happiness day! 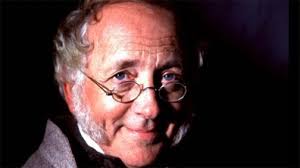 This week we celebrate International Happiness Day. More learned commentators will be able to guide us on how to achieve happiness but does Austen have something to contribute? Not only does reading her six novels delight but within the subtext there are some lessons on happiness. Pride and Prejudice’s Mr Bennet is a case in point; he knows how to live contently despite a plethora of problems and a nightmare wife! END_OF_DOCUMENT_TOKEN_TO_BE_REPLACED On this day, Jane Austen‘s birthday, it is interesting to reflect upon Jane’s birth. She was born in the December cold of 1775, sixteenth of December  in the little village of Steventon, in Hampshire in England. She was her mother’s seventh child and she was born at home, without a doctor but with the help of a sister-in-law. Perhaps surprisingly for us, and our assumptions of the past, and to the delight of today’s breast feeding adherents, she was END_OF_DOCUMENT_TOKEN_TO_BE_REPLACED What  is remarkable about the Austen family is that they could maintain such good relationships throughout their life despite the disparity in income and lifestyle, achievements and abilities. The naval officers, Charles and Frank were often away for years at a time. Keeping in touch must have been a priority. There is also Henry’s bankruptcy which must have caused friction as various brothers lost money. And if this wasn’t enough, James and Henry were rivals for their cousin, the sophisticated Eliza! It might just be that Jane Austen changed the genders with her love trysts in Mansfield Park and Persuasion. She must have seen first hand the emotionally charged atmosphere END_OF_DOCUMENT_TOKEN_TO_BE_REPLACED

Why is it that when we really like someone we can hardly speak, let alone tell the target of our fantasies of our feelings? Yet this can be crucial. It is humbling to put yourself out there and it is one big risk. But courage is necessary and the results can be revolutionary. END_OF_DOCUMENT_TOKEN_TO_BE_REPLACED Jane Austen warns us to suspect the perfect person. Mr Elliot,  from Persuasion, the heir to Kellynch estate is such a perfect person. He says and does all that is expected of him. He doesn’t let himself behave like an embarrassing git. In society, he conducts himself in an exemplary manner, tuned in to all the wishes of all around him and he plays court to those he wishes to infiltrate very successfully. END_OF_DOCUMENT_TOKEN_TO_BE_REPLACED

Some biographers, taking a few letters out of context have assumed she didn’t. Rubbish! Jane Austen was a revered Aunt; she was a loved Aunt; she was a sought-after aunt. You don’t get to be such an aunt if you do not like children. It is just that she didn’t idealise children. In one of her letters to her brother James she says, we saw “a countless number of Postchaises full of Boys pass by yesterday morng – full of Heroes, legislators, Fools & Villains.”  In the privileged world in which Jane was an observer, children were often put on pedestals by their affluent parents. It was not so very different from today END_OF_DOCUMENT_TOKEN_TO_BE_REPLACED

What sort of women do we want our girls to become? END_OF_DOCUMENT_TOKEN_TO_BE_REPLACED

Often when reading excerpts about Austen’s life, there is a sense that Austen lived a sheltered life; that somehow she was immune to the difficulties of life. In reading about her life it is insightful to learn just how tricky END_OF_DOCUMENT_TOKEN_TO_BE_REPLACED