In Pride and Prejudice when Superior-And-Spoilt-Mr Darcy gives Flawed but Fabulous Elizabeth the letter explaining his dealings with Wickham, and she fully understands her role in the past she is “absolutely ashamed of herself…she had been blind, partial, prejudiced and absurd”. She had not let reason and an unbiased interpretation of events guide her. Instead she had let her vanity rule to her folly. But whereas some heroes and heroines can slay a dragon or a formidable foe, sometimes it is the facing of ourselves that takes courage and this is exactly what Elizabeth does. She is the heroine that faces her own wrongs and is rewarded with enlightenment. Like many of the Austen heroines it is through facing her own faults that enlightenment occurs. As Elizabeth says, “Till this moment I never knew myself”.

Mr Darcy is equally ashamed of his prior behaviour. “I cannot be so easily reconciled to myself. The recollection of what I then said, of my conduct, my manners, my expressions during the whole of it is now and has been inexpressibly painful to me”. Both Mr Darcy and Elizabeth show that a little humility can be attractive.

Can Malcolm Turnbull, embattled recent Australian Prime Minister, learn from Austen? Of course he can: he has been disappointed, he feels betrayed and his plan has been thwarted. It seems not enough Australians bought his economic strategy but did he act well when he had to comment on the election result?  Now irrespective of your political beliefs what way should he have acted? On the night of the election he understandably was upset, but that tirade of emotion and blaming looked very un-statesmen-like. (And for those who want to call ‘bias’ can I just say Bill Shorten, opposition leader, was not a shining example either.)

Of course we may be taking the Austen thing a little too far but that is the fun of it. 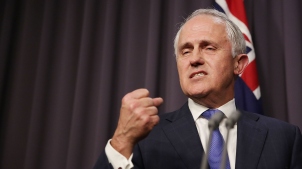 A tirade may be satisfying but not very attractive.

One response to “When Vanity Rules”