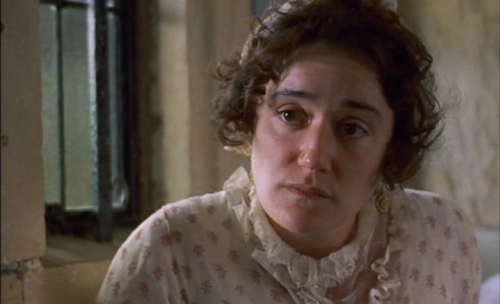 Mary is often disappointed when others do not defer along the strict lines of 18th century values; she often saw herself as “neglected and ill used“. And such an experience would “sink her completely”. So what is Austen telling us about her society? Is she challenging social norms based on rank by creating such an unlikeable character whose claim in the hierarchy is only who her father is?

Austen’s purpose is revealed when we compare, Virtuous Anne with Discontented-Wife Mary. In contrast to Mary, Anne almost cultivates her belief in her own nothingness. “She believed she must now submit to feel that another lesson, in the art of knowing our own nothingness beyond our own circle, was become necessary for her”. Instead of feeling despondent regarding the lack of sympathy and curiosity over difficulties in quitting her ancestral home, she sees the need to remind herself of her lack of importance; which becomes an antidote to her disappointment. She chooses to think in a way that promotes her happiness.  Unlike Discontented-Wife-Mary, she does not constantly ruminate over her disappointments.

Austen is showing that the social hierarchy of the time that valued ancestry over personal qualities and virtues was dubious.  And  those on the pinnacle of this hierarchy  were not happy unless they had virtues anyway. And she does it with wit and irony. Who can not love the deliciousness of Mary saying, “Yes, I made the best of it – I always do”.

One response to “Mary, Mary Quite Contrary!”