Should parents be a friend to their child?

Sometimes parents take the democratic values of equality between parents and children to such an extent that the roles can be reversed; the case of the parentified child shows the pitfalls of this. Should we allow the child to parent the parent? The child is often very independent and might even wake the parent or remind them of their jobs. Sometimes a child will play confidant to their parent’s troubles. 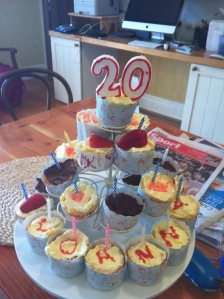 Often children can take on the parenting role when the actual parent has left it vacant. A child might become the organiser of the family or the voice of reason as happens in Sense and Sensibility. We meet Responsible-Elder-Sister-Elinor, her younger sisters Marianne and Margaret and their mother Mrs Dashwood, after the latter becomes widowed. Elinor, takes on the adult responsibilities, advises her mother and younger sisters. It is Responsible-Elder-Sister-Elinor who must face the practicalities of where they are to live and to ensure that they live within their very small income. It is convenient for everyone that Elinor takes on this role; Mrs Dashwood and Marianne are able to give themselves up wholly to the sorrow at their father’s death, “seeking increase in wretchedness in every reflection that could afford it and resolved against ever admitting consolation in the future”.  By giving into grief and disappointment Mrs Dashwood became more the child than the parent. Even in times of distress, a parent needs to play their crucial role. Avoiding a duty may simply transfer it to another and if this other is a child then this indeed must be proportionally unfair depending on the child’s age.

How is it that two children from the same parents and the same home be so different?  This is something I know I and others often ponder.Marianne and Elinor from Sense and Sensibilityare a case in point: one has good sense and the other an overdose of sentimentality. It shows that throughout the ages the more things change the more they stay the same or the more we notice that the patterns stay the same. To some extent, children will fulfil their own destiny. Today we understand the theory of birth order, Austen didn’t have the pop psychology of our time at her fingertips but her characters still comply. Responsible-Elder-Sister-Elinor, perhaps influenced by her position as the eldest, with a mother who has abdicated her parenting role, takes upon herself the necessary responsibilities while Spontaneous-and-Sentimental-Marianne can indulge herself. One has already learnt the values of moderation while the other must go through a period of suffering to learn such.

Sometimes children do grow up with sense withouta great deal of parent input. Many of us all know parents whose children seem to be on auto pilot, while other parents have children who take more time and effort than would seem necessary. Elizabeth Bennet, the perennial Austen favourite from Pride and Prejudice is one of the most and her sister Jane is a daughter all would love to have. Was it nature or nurture that created such divine creatures? In this case it must certainly be nature, asNightmare-Wife-Mrs Bennet is far from divine herself. Mrs Bennet’s superficial values are not something to emulate and Mild-Mannered-Mr Bennet, although much more attractive character than his wife, has failed to secure the wellbeing of his family.  Austen implies that Elizabeth and Jane Bennet have brought themselves up. Their mother is portrayed as without sense, and their father as a learned and companionable man who has abdicated his responsibility by losing himself in his study full of books, retreating from the increasing chaos of the household. Elizabeth Bennet at one point is scathing about her father; she refers to his “indolence and the little attention he has ever seemed to give to what was going forward in his family”. Yet Elizabeth and Jane are such wonderful women. But the other three in the family, in particular Typical-Teen-Lydia do not turn out quite so well.

Perhaps the role of parent, mother and father, has been downgraded in our world wherewisdom issometimesundervalued.If asked what I do, being a parent never seems enough. I must admit I always thought being a mother was just something one did at a certain time, just like breathing and probably I took it all for granted. I had no idea the amount of effort it would require and I must have been quite dismissive of it until I had to actually do it. The theories are easy to understand; it is the practice that is hard. I believed that children brought themselves up once you provided the environment; that you were more the friend than the old fashioned parent. Maybe parenting on remote control doesn’t work out for everyone afterall. Perhaps expecting to was a little silly and for those that do the consequences of abdicating our parental responsibilities may just be that our children are a little lost and confused, let loose on a commercial world where the raison d’etre is to make money out of their clothes, their music, their gadgets andeven their drinking.  Jane Austen’s charactersshow that parents need to take responsibility and in the Austen Six those that don’t may suffer the results.

3 responses to “Should parents be a friend to their child?”